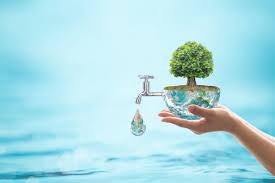 The Federal Electricity and Water Authority (FEWA) announced that a new water desalination station in Umm Al Quwain (UAQ) with a capacity of 50 million gallons per day will start production by the end of 2021.

Mohammad Mohammad Saleh, Director-General of FEWA visited the site which will be the largest of its kind in the country operating on reverse osmosis technology. He stated that upon completion of all its phases the full capacity of the project would reach a total of 150 million gallons per day.

Saleh met with several officials during the visit and was updated about the progress of the project. He emphasized that the UAE Government prioritizes the water sector, due to its importance in achieving the country’s overall sustainable development.

He brought to attention that the UAE had implemented many related plans and projects in recent years, leading to its prominent international position in the field of water desalination, with daily production amounting to 1.5 billion gallons per day.

Saleh commented that FEWA was launching a comprehensive series of projects related to the water sector which would be under the framework of the UAE Water Security Strategy 2036* and also affirmed that UAQ had been chosen for the project due to its location in the center of regions managed by FEWA in the north of the country.

The strategy* was developed from a comprehensive national perspective to cover all elements of the water supply chain in the country. One of the main aims of the strategy is to:”… substantially increase water-use efficiency across all sectors and ensure sustainable withdrawals and supply of freshwater to address water scarcity.”

The total estimated cost of FEWA’s projects in the water sector is around AED2 billion.